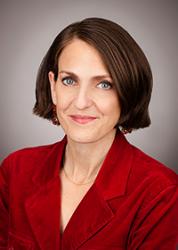 Other leading candidates, including Andrew Cuomo, Rand Paul, and Elizabeth Warren, either haven’t addressed the issue or simply don’t believe it’s something that needs to be addressed.

Since 2010, Social Security has been running a constant cash-flow deficit – taxes collected for the program aren’t enough to cover the benefits paid to retirees. The Social Security retirement trust fund will be exhausted by 2034, one year sooner than projected last year, while the first part of Social Security to hit the wall is the disability fund, in 2016.

Make no mistake, there is a Social Security crisis. Misunderstanding the critical state of the program’s financial health would lead to grave consequences for beneficiaries of both the disability and retirement programs. We need to act now to reform Social Security. Delaying will only make necessary reforms more severe for those that can least afford it.

While Walker and Christie seem to recognize the gravity of the situation, and Clinton has also indicated an awareness that there is a problem, none of the proposals offered by them are satisfactory to resolve the issue. Their plans rely mainly on reducing benefits modestly through changes to the cost-of-living-adjustment formula, which while a step in the right direction is wholly insufficient to deal with the problem.

It’s hard to know what to make of Perry and Jindal’s statements to date. Both have said they favor fundamental reform, but neither have laid out specifics that would allow anyone to know where they would go on the issue.

Sanders has avoided specifics as well, although his comments strongly suggest he’d go in exactly the wrong direction, with more generous benefits funded by higher taxes. While he hasn’t committed himself to which taxes he’d raise, it seems a strong bet that it would be a combination of an increase in the current 14.2% rate plus applying it to income above the current threshold, meaning a significant tax hike on anyone earning more than $120,000 a year. A tax hike like this seems sure to kick off another economic tailspin, as marginal rates would exceed 50% for many small businesses.

Cuomo and Paul have both said they are working on a reform plan they will announce later in the year. It seems likely that Paul will favor including personal accounts, which has been a perennial staple of libertarian solutions on Social Security for decades. It’s hard to tell which direction Cuomo may go, although his public comments indicate he does understand the gravity of the situation – his address to bankers last week specifically called out ‘those who deny that Social Security is in crisis, or that a simple hike in taxes will solve the issue,’ so whatever Cuomo proposes it will likely be a break with conventional progressive thinking.

As for conventional progressive thinking, that seems to be where Senator Warren will hang her hat – she has claimed that talk of a crisis in Social Security is little more than a right-wing talking point, ‘ginned-up by the Koch-funded network of free-market fundamentalist think tanks.” It seems unlikely that a realistic solution to the crisis will come from her.

Rubio and Ryan, on the other hand, seem to have grasped not only the nature of the problem but also the nature of the solution. Rubio relies more on cutting high-income beneficiaries to achieve significant savings while Ryan focuses more on the COLA issue, but both elements are in both candidate’s plans. More importantly, both have said that personal accounts, allowing younger workers to put some of their earnings that would otherwise be taxed away into an account in exchange for a lower Social Security payout in the future.

Rubio and Ryan differ on the details, but both have embraced the same broad outline for saving Social Security: reduced benefits for high-income retirees, changes to the COLA process, and allowing younger workers to put some of their Social Security contributions into private accounts.

The Social Security crisis won’t be solved with a few tweaks, and certainly not by ignoring the problem. With any luck these candidate’s plans will kick off a serious discussion about how to save this important program.